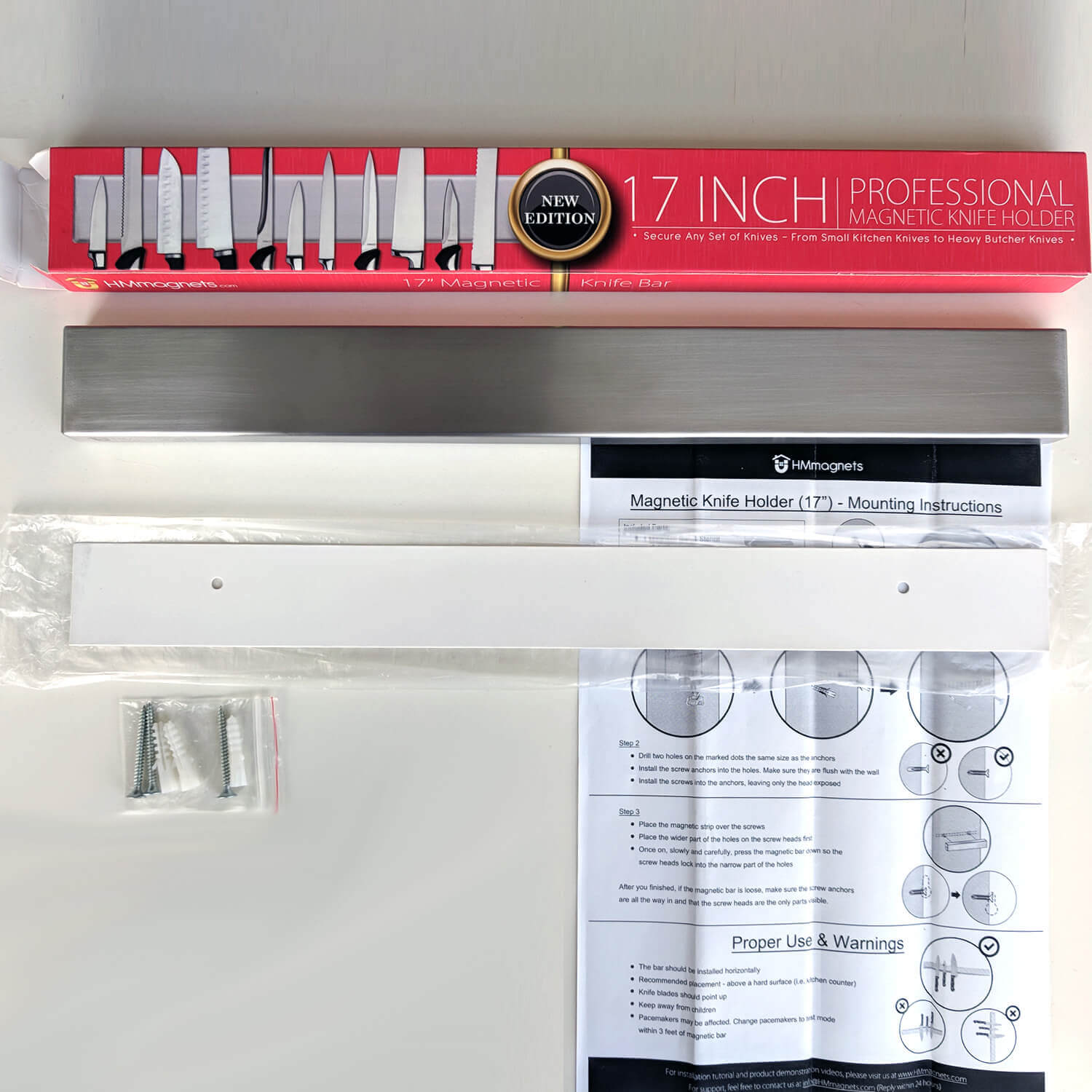 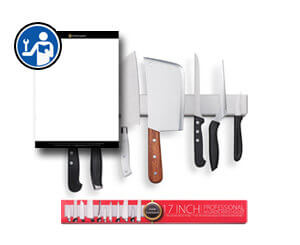 What is the bar made of?

The bar is made of stainless steel, iron and ferrite magnets.

What type of magnets are used in the magnetic knife holder?

Does the knife holder lose its magnetic pull force over time?

What's included in the package?

How do I clean the bar and how often?

Clean the bar with a damp cloth and then make sure to dry it off. Clean as often as you need.

Will is rust in the long run?

We use a higher quality stainless steel (type 304) than others (type 201). The 304 type has a higher corrosion resistance.
Make sure you dry off your knives before placing them on the bar. If you see rust spots, use water and baking soda to clean them off.

Is the knife holder made of two parts or one? The bar is an all-in-one piece and should not be separated.

The bar is an all-in-one piece and should not be separated.

Can I mount the magnetic knife bar without drilling?

Yes. You have 2 options:

How heavy is the knife holder?

Yes, it most definitely will.

How far apart are the mounting screws?

What size drill bit should I use?

6mm drill bit. We recommend starting with a 5mm one and work your way up.

How many knives can it hold?

5-9  knives, depending on the size of your knives.

What are the dimension of the bar?

Do you have this in smaller/longer size too? 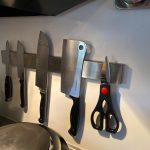 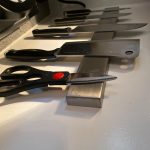 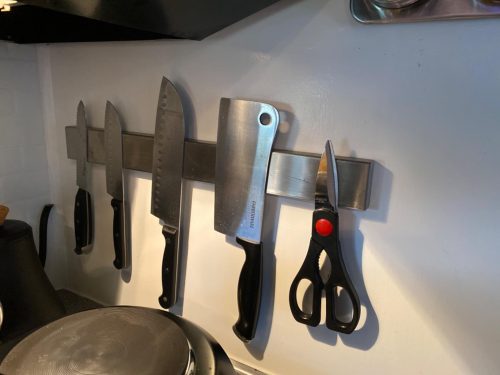 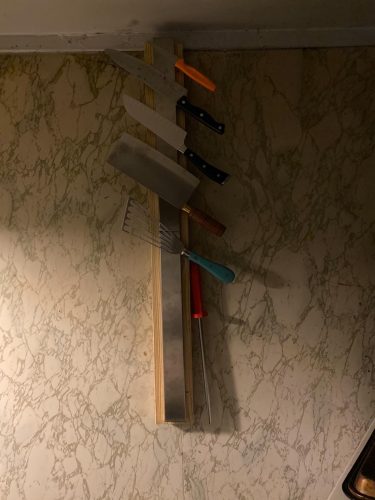 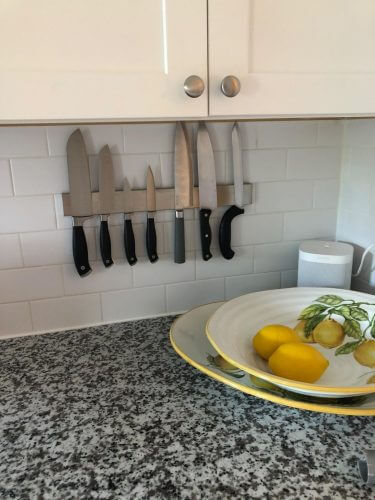 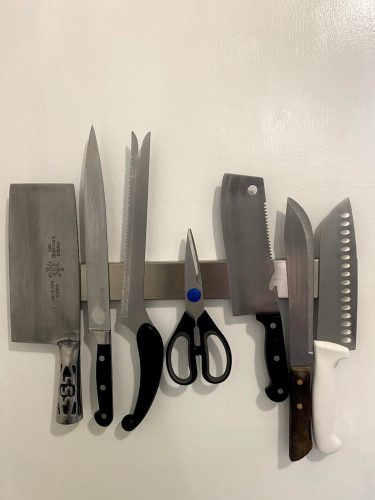 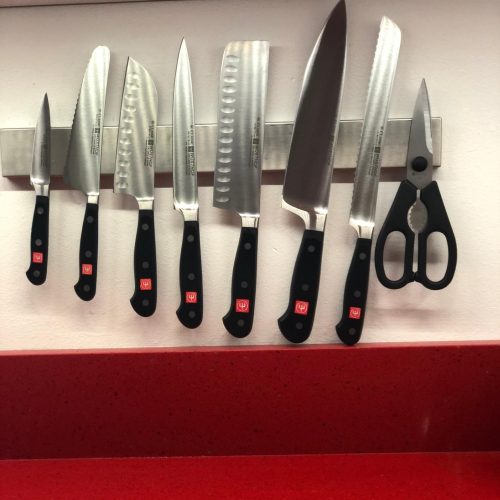 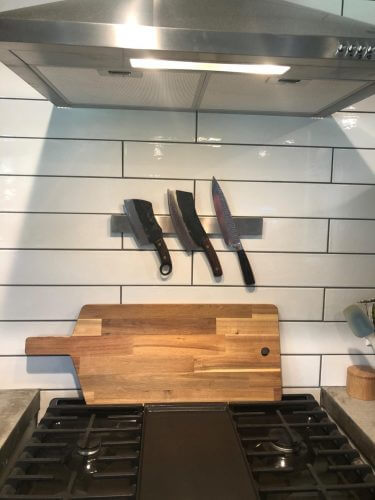 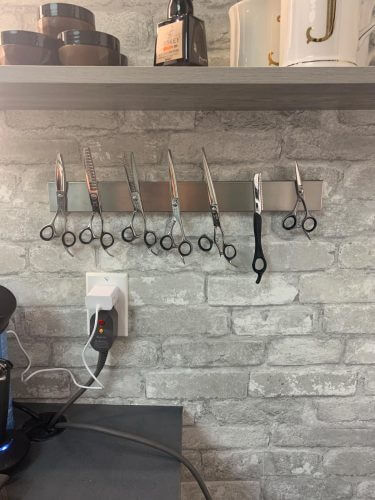 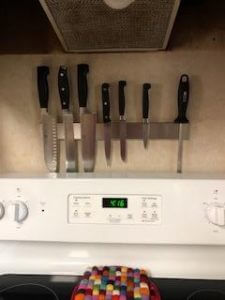 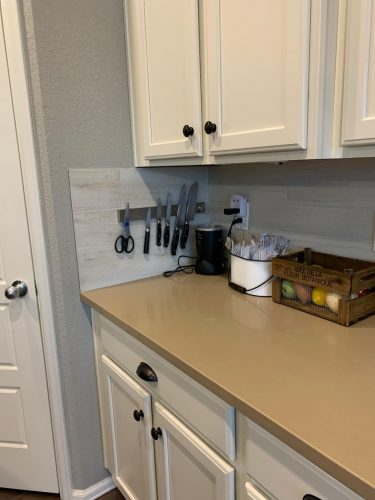 We're very sorry to hear about that. Please contact us and we'll take care of it for you.
It's important to note that our magnet bar is the strongest one on Amazon which is what most people look for. We stand behind our price. 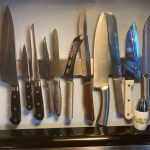 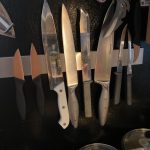 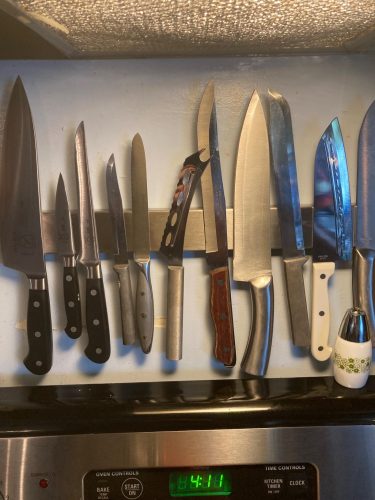 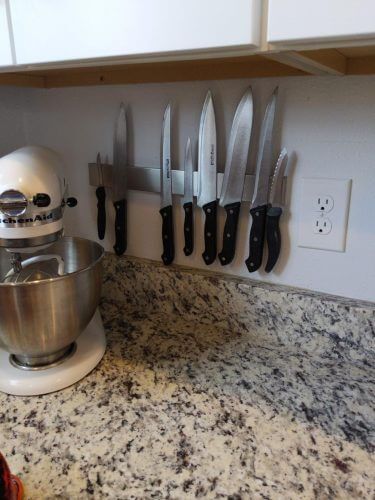 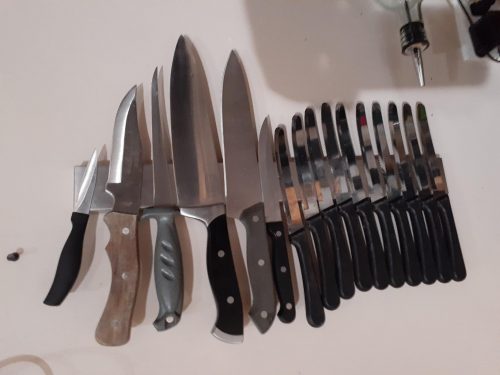 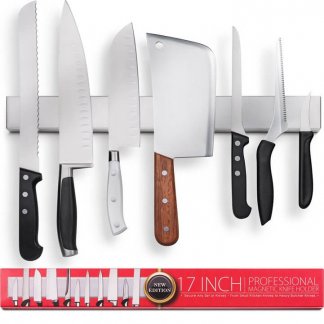